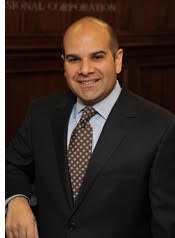 Michael J. Parlavecchio currently serves as a Democratic District Leader for District 12 and previously served in the same role for District 5.  Michael is a practicing attorney specializing in the areas of local government and municipal law, land use and development and government affairs.  Michael has been in private practice for nearly 20 years, representing numerous public entities throughout the State of New Jersey as well as private individuals and companies.

A Millburn Township resident since 2003, Michael has been an active volunteer serving as Vice Chair of the Township Zoning Board of Adjustment, a youth coach with the Millburn Recreation Department,  member of the Millburn Soccer Club’s Board of Directors, on the Board of Trustees of the Racquets Club of Short Hills and as Parliamentarian for the Essex County Democratic Committee.